Happy holidays! What’s better than sharing a little Christmas spirit on the water? At Treasure Bay Resort & Marina, we’re holiday ready. One of our favorite things to do is enjoy the many boat parades in the area.

We put together a roundup of the best holiday boat parades in the Tampa Bay area so you can experience it for yourself!

The key to success is finding the best vantage point to watch. Here are a few tips: 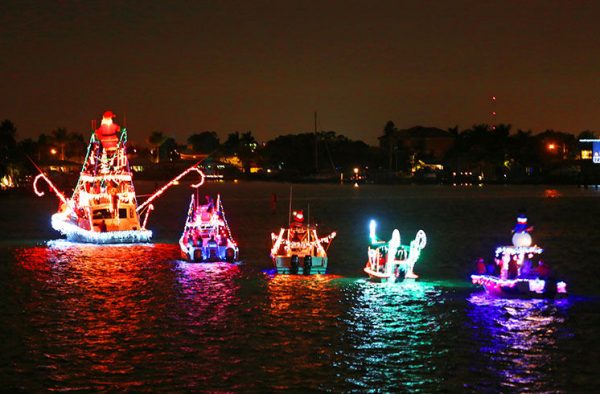 The City of St. Pete Beach’s lighted holiday boat parade begins by Sea Hags and travels south to the Bayway Bridge. The parade will pass by Horan Park where there will be a viewing party that is free and open to the public. Yacht Rock will be performing live. 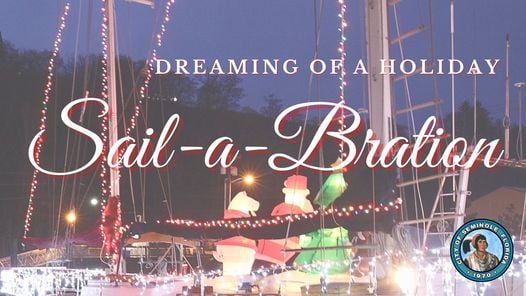 Join a Holiday Sail-a-Bration Waterless Boat Parade and Toy Drive for Seminole Fire Rescue. This event helps the fire department fill a boat with toys for those in need. Then enjoy the festive, lighted boats and floats on 113th street.

The 55th Annual Festival of Lights Boat Parade begins near the Rec Center and meanders south to John’s Pass. The parade kicks off after a tree lighting ceremony at R.O.C. Park.

The Merry Beach Holiday Market takes place from 2-8 p.m. at 200 Rex Place. It features more than 50 vendors and live entertainment. Get there early, and you’ll have a great spot to view the parade.

The Yacht Club Boat Parade is one of the largest and most popular boat events in Clearwater.

It begins in the Mandalay Channel at 6 p.m. Boats travel along Island Estates to Memorial Causeway Bridge, then to Coachman Park and finish at Clearwater Yacht Club. 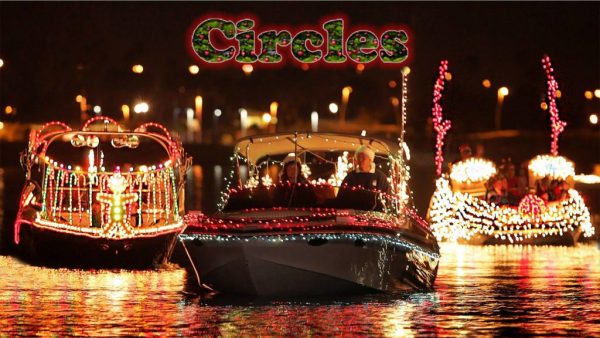 You can be a part of the Apollo Beach Lighted Boat Parade. Enjoy dinner on Latitudes Tours boat as they explore the canals of Apollo Beach. You can delight in the wonderful holiday light displays on both land and water.

This year is the 22nd anniversary of this great local parade. Enjoy festive boats and decorated docks. The parade starts in Old Bay Crest and ends in New Bay Crest. 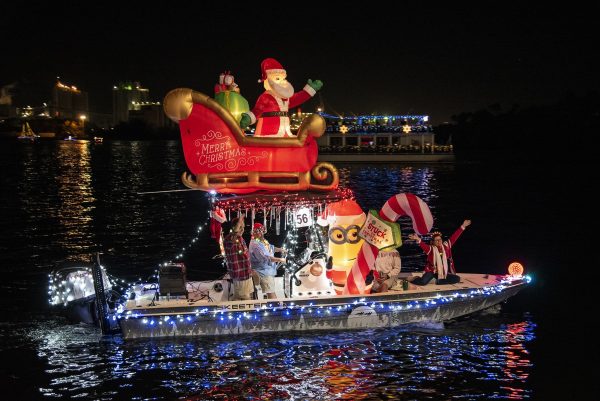 The parade begins at the southern tip of Davis Islands, travels through the Convention Center basin, up to the Heights and finally to Sparkman Wharf.

The Holiday Spectacular will take place along the Riverwalk. It features a 35-foot-tall lighted Christmas tree, a lighted gingerbread display and a lighted toy train display all afloat in the harbor. Plus, explore a forest of lighted pine trees at the Riverwalk Manor Dock. 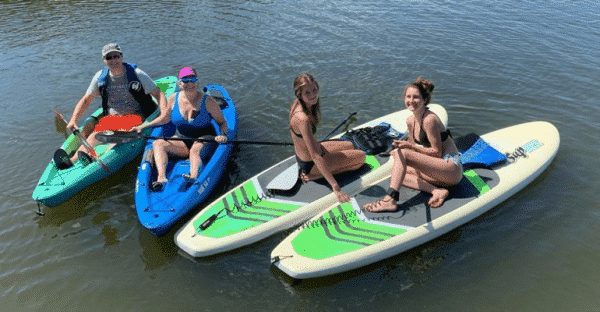 Calling all kayakers! Launch from Demens Landing Park in St Pete on a decorated kayak! Travel around The Dali Museum, Albert Whitted Airport, St. Pete Pier and North Straub Park, which are all decorated.

All levels are welcome. The event is family friendly. Tickets are $40 per kayak, $80 for tandem.

These sure sound like fun, don’t they? Merry Christmas, happy holidays, and we’ll see you next year at Treasure Bay Resort & Marina!

Accessibility by WAH
We use cookies to ensure that we give you the best experience on our website. If you continue to use this site we will assume that you are happy with it.OkPrivacy policy
Go to Top