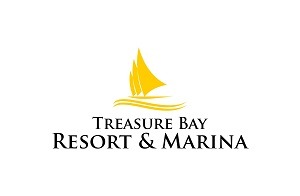 Each year, an increasing amount of people is traveling for sporting events. Whether fans are traveling in diehard support of their team, as an excuse to experience a new city and stadium, or heading to a big championship game cities around the country are playing host to visiting fans for all types of sporting events. At Treasure Bay Resort and Marina, we are more than happy to host fans coming to Florida to see their team take-on our beloved Tampa Bay Buccaneers under the sun in Raymond James Stadium. If you are not traveling to watch your favorite football team play in Florida but happen to be here during the NFL season anyway, you should consider making the day trip up to Tampa to catch a game regardless. Below are three home games on the Bucs schedule to have on your radar!

On Sunday October 21st, the Cleveland Browns will head to Tampa Bay to take on the Bucs. This game is especially enticing for a few reasons. Currently, Ryan Fitzpatrick is standing in as the starting quarterback for the Bucs, and he is doing a stand-up job. However, in a matter of weeks, Heisman Trophy winner and first overall draft pick Jameis Winston will be eligible to play again. This would be his home debut of the season but, if Fitzpatrick keeps doing what he is doing, who will get the starting spot? The Browns could be a great team to try some different quarterback strategies and substitutions against, as they have struggled to put together successful seasons in recent history.

This December 2nd matchup will prove to be a big test for the Bucs, especially as the playoff picture starts coming into view. It is likely that both the Panthers and Buccaneers will be fighting for a spot in the postseason, and this game could make or break either team. For the past three seasons, this game has had special meaning as it pits two first overall draft picks against each other. Both Panthers quarterback Cam Newton and Bucs quarterback Jameis Winston were picked first overall in the NFL Draft – in 2011 and 2015 respectively. This dynamic has added for a heightened level of competition each season since Winston’s first season in the league.

On December 30th, the conference rival Atlanta Falcons will come to town for the last game of the season. This game, too, will likely hold playoff implications for one if not both teams. Whether they are fighting for home field advantage in the playoffs or for a final spot in the postseason, it could all come down to the final game. Held on 12/30, this could be the perfect fun and different way to kickoff your Florida New Year’s celebrations.

If you find yourself staying with us at Treasure Bay Resort and Marina this fall or winter and want to explore a little more of the surrounding area, consider heading up to Tampa for the day. This bustling city has a lot to offer and, if you time it right, you may even be able to catch a live NFL game at Raymond James Stadium. Even if football isn’t quite your thing, the energy, ambiance, and fun of taking in the sites and sounds of a professional sporting event will always prove to be exhilarating.
https://www.buccaneers.com/